Rabies is an ongoing disease issue in the U.S. While farmers and ranchers were most concerned about infected dogs biting cattle 20 years ago, that’s not the case today. A bite from an infected wild animal, such as a fox or raccoon, is the more common method of infection in cattle. According to the Centers for Disease Control, about 90% of reported rabies cases in the U.S. are in wildlife.

To address the problem, the U.S. Department of Agriculture’s Animal and Plant Health Inspection Service (APHIS) will began its annual distribution of Raboral V-RG, an oral rabies vaccine (ORV) bait, in select states in parts of the East, South and Southwest to prevent the spread of raccoon rabies into the Midwest. 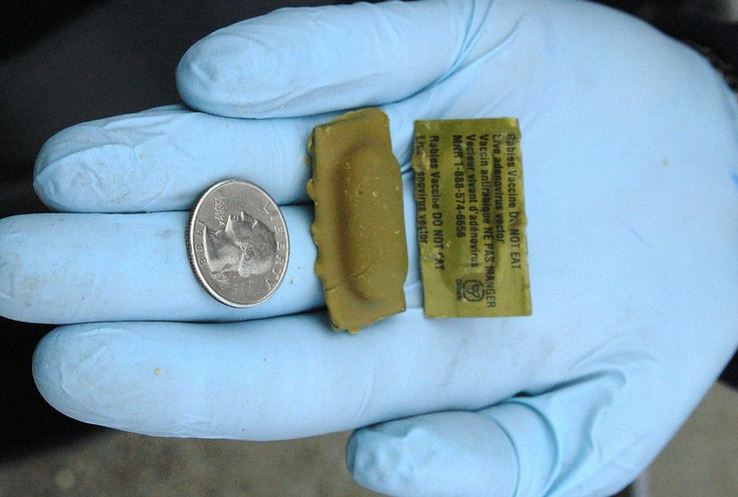 The vaccine has been deemed safe in more than 60 different species of animals, including domestic dogs and cats. People should leave the baits undisturbed if they are encountered. Dogs that consume large numbers of baits may experience an upset stomach, but there are no long-term health risks, APHIS reports.

Costs associated with rabies detection, prevention and control may exceed $500 million annually in the United States.

For more information on the ORV program and a map showing the states where the baits will be placed, go to  https://www.aphis.usda.gov/aphis/ourfocus/wildlifedamage/programs/nrmp

Watch for Rabies in Cattle

Cattle Rabies is no Laughing Matter

Coming to a screen near you Aug. 25-27 – the Farm Journal Field Days!    |    Register at FarmJournalFieldDays.com

The National Cattlemen’s Beef Association (NCBA) and the Public Lands Council (PLC) signed a Memorandum of Understanding (MOU) with Ducks Unlimited (DU) and Safari Club International (SCI) to outlin
Allflex Livestock Intelligence announces the appointment of Paul Koffman to North America Lead, with responsibility for the company’s livestock identification, monitoring and traceability businesses
The National Cattlemen’s Beef Association (NCBA) board of directors adopted a new policy in support of U.S. CattleTrace and its mission of advancing disease traceability in the U.S. cattle industry.
Rabies is an ongoing disease issue in the U.S. While farmers and ranchers were most concerned about infected dogs biting cattle 20 years ago, that’s not the case today. A bite from an infected wild
Elanco Animal Health Incorporated has closed the acquisition of Bayer Animal Health. The transaction, valued at $6.89 billion, brings over 166 years of legacy between the two companies, said Jeff Simm
Retail beef sales have increased $3.5 billion during the COVID-19 pandemic which began March 15. That’s according to data analysis by IRI and reported by Anne-Marie Roerink, 210 Analytics.The week e
The Integrity Beef Sustainability Pilot Project, the first U.S. Roundtable for Sustainable Beef (USRSB) supported program to test USRSB tools and resources, completed its innovative two-year study to
Last week the National Cattlemen’s Beef Association (NCBA) launched a nationwide campaign to encourage cattlemen to submit public comments supporting beef’s role in updated dietary guidelines.The
By Mary MagnusonIn the old days—like last year—you’d have to pack your boots, raincoat and sunscreen and take three days away from your farm to get the cutting-edge information a farm show offe
Burger King pushed a lot of animal agriculture’s buttons last week with its new commercial, released July 14, touting the use of lemongrass in cows’ diets to reduce methane emissions by “up to 3
The first veterinary school to be built in Texas in 100 years is well underway on the campus of Texas Tech University Health Sciences Center in Amarillo.Construction of the School of Veterinary Medici
Kirk Barkel from Presque Isle, Michigan asks a pertinent question:“What are the foreign meat processors doing or don't they have the COVID problem in their facilities?”Great question. The best com
U.S. Secretary of Agriculture Sonny Perdue today applauded the safe reopening of critical infrastructure meatpacking facilities across the United States. These meatpacking facilities have resumed or p
About one in five Wendy’s restaurants are out of beef. According to the financial firm Stephens, 18% of Wendy’s 5,500 restaurants are not serving hamburgers or other meat-based items. The Wendy’
Senator Jerry Moran (R-Kan.) placed a call to the White House last week. President Trump returned the call that same day and Moran pressed the president on the devastation growing in the meat pa
At least three ranches have applied for U.S. Bureau of Land Management (BLM) grazing permits once used by Hammond Ranches, Burns, Ore. The Hammond family lost their grazing allotment in a court ruli
Heartbreaking headlines and discouraging news continue for livestock producers as temporary closures of meat packing plants and rising employee absenteeism due to COVID-19 exacerbates an existing harv
Cargill announced Monday it would temporarily close its High River, Alberta, beef plant due to an outbreak of COVID-19 at the facility. Alberta’s Chief Medical Officer Deena Hinshaw said a total of
The Missouri Cattlemen's Association, along with 22 other state cattle organizations, sent a letter to U.S. Attorney General William Barr today, April 20, 2020, requesting a formal investigation by
We were so excited to see the wide variety of photos submitted by our readers of their herd's bull. Here are the top 10 entries, as judged by Facebook reactions. (Voting closed on April 15, 2020.) T